So I’m a day late on this post, but that’s okay. We had a big day yesterday and journaling wasn’t on the top of my list.
Truth be told, the trip from the B&B was pretty uneventful. We had a delicious breakfast. Biscuits and Gravy with a side of scrambled eggs. As usual, I couldn’t finish it. Roger and Darlene are just the best hosts. The three of us drank some coffee and then got on the road.

We didn’t get very far before the breakfast and coffee worked it’s biological wonders. Tony was the first one to stop. We’d been on the road for about half an hour before he had to pull off. We took the opportunity to take some pictures. 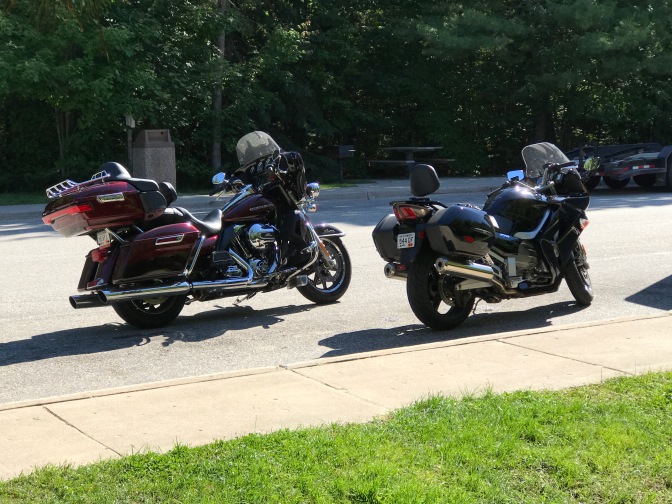 Back on the bikes, we cruised a bit further. Then we needed to stop for gas. As a victim of T.B.S. (Tiny Bladder Syndrome) I am used to going to the bathroom at every opportunity so that I’m not caught in an emergency situation.

One notable thing from this leg of the trip is that Tony and Adam disapproved of my passing techniques. For whatever reason, the traffic on US 2 was going exactly the speed limit or maybe even a little under. This is unacceptable. Per the normal maneuver, I would pass people. Sometimes I would pass one at a time. Sometimes two at a time. On the odd circumstance, I’d jump three cars at a time. This made Tony and Adam very nervous. They were under the impression that I was driving headlong into the oncoming traffic. This is not true! I always had ample space. I’m no dummy! Whatever the reason, this became a running joke. I’m afraid it’s going to follow me too… I’m sure Adam will bring it months from now. Sheesh… my friends. 😂

Anyway, we continued along and finally hit the Mackinaw Bridge (Mighty Mack). As I’ve chronicled before, I do not like that bridge. But, there’s no other way to go, so over we all went. It was uneventful. Adam stopped for gas at the Shell station on the south side of the bridge. From there, we followed a detour on US31 South.

That took us through Petosky and Charlevoix. At this point, Adam’s bladder was about to burst so we stopped at a popular little restaurant there. Charlevoix has a LOT of money in it. There was a parade of crazy expensive boats trolling around the waters and tons of cool cars around. We parked the bikes and Adam went into this little restaurant. Having satisfied his needs, we tried to get a table. It was insanely busy there. 45 minute wait for an outside table and a 20-30 minute wait for inside. We decided to just get back on the road.

The rest of the trip was pretty boring. To hear Adam and Tony tell it, it was a thrill ride watching me do death defying stunts of passing people. I really have no idea what they’re talking about, but whatever.

We finally arrived at the cottage and began our “power relaxing” shortly thereafter. 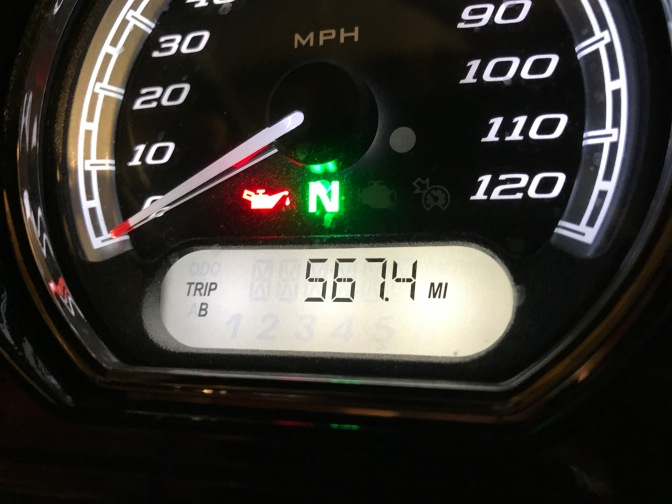 Later in the evening, Adam decided he wanted to go out. We got Lauren (the 18 year old) to drive us to this little bar. It was pretty disappointing so we didn’t stay long.

Adam and Tony left fairly early on Sunday. Now, my vacation can continue.

View all posts by markneustadt